Smells Like Beautiful Dispirit: The Music of Perfume Genius 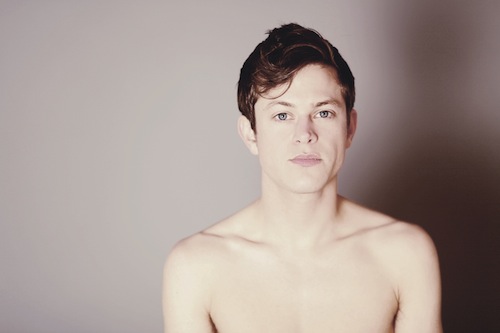 Spring is usually the time we slowly transition the artists on our go-to playlists: adios Bon Iver, good afternoon Big Boi. But as the weather was soaring to record highs not long ago, our favorite new album was bringing us down to depths we hadn’t experienced since seeing Elliott Smith perform at the Empty Bottle in 2000.

The album we’re referring to is “Put Your Back N 2 It” (Matador Records) by Perfume Genius, who played last night at Schubas. Now, we usually try to write about artists before they appear in concert in Chicago. We purchased our tickets for this show over a month ago, but due to certain circumstances, we never got around to writing a concert preview. Many apologies on our behalf. Still, after seeing Perfume Genius last night — the concert that was beautiful, crushing and memorable — we feel compelled to tell you about this musical act.

Perfume Genius is a group that is basically comprised of Mike Hadreas. He is a diminutive man in his early 20’s, and owner of a heartbreaking falsetto and lyrics that are so deep and dark, you’d think they were penned at a desk in the Marianas Trench. The song on “Put Your Back N 2 It” with the most uptempo beat is called “Dark Parts”; it’s about molestation and features the lines, “The hands of God were bigger than grandpa’s eyes / But still he broke the elastic on your waist”

Hadreas, who hails from Seattle, uses the piano to accentuate the sadness of his songs.  In “No Tear,” musical notes trickle in during his songs like depressed rain drops. The beginning of “Sister Song” features a piano riff that sounds like it has a drawl, and would be right at home in a Ken Burn’s historical documentary. In “Hood,” minor notes come to crescendo about halfway through the song, as Hadreas desperately explains to a loved one that, “You would never call me baby / If you knew me truly.”

The songs on “Put Your Back N 2 It” are short — usually no more than 3 minutes — and often end abruptly. Hadreas sings about his homosexuality, struggles with addiction, and suicide, amongst other things. His voice and musical style sounds at times like the aforementioned Elliott Smith, Connor Oberst during the Bright Eye’s front man’s melancholy moments, or, as the Chicago Reader noted, “a less grandiose Antony.”

On stage last night, Hadreas’ voice perfectly relayed the pain in his lyrics. His stage presence was fairly reserved; there was certainly a shyness in his demeanor, but he showed little reluctance in pouring out his heart through song. Between songs, Hadreas seemed genuinely flattered by the applause he received, and occasionally flashed a joyous smile. Seeing a bit of happiness in someone who sings about so much struggle was definitely a good thing. Still, while we don’t wish future problems for Hadreas, we are rooting for him to make more superbly heartbreaking music.

See the video for “Hood” by Perfume Genius below. And to see a great photo from last night’s concert, check out this Flickr page.