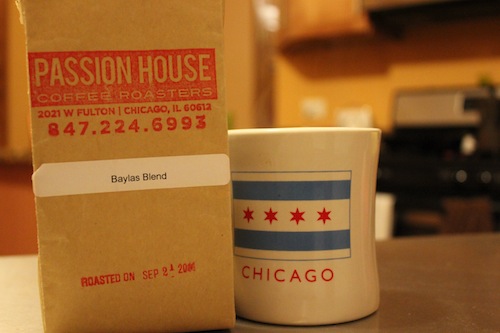 After Being Jilted at the Coffee Alter, Joshua Millman Creates Passion House Roasters and Shows he has Serious Pair of Beans.

One of the many blends of coffee from Chicago's newest roaster, Passion House. 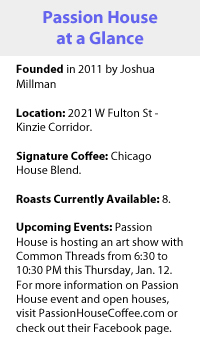 About five years ago, Joshua Millman returned to his hometown of Chicago after spending most of his 20’s in San Diego. He was trading in the eternal sunshine of the West Coast for a business opportunity in the Windy City. He had been asked by his employer, Arne Holt — the owner of San Diego-based Caffe Calabria — to come to Chicago and start a coffee roasting company. Holt and Calabria had the capital; Millman had the know-how and Chicago connections. But upon his arrival in Chicago, Holt did a 180 and decided there was one thing Millman was lacking.

“He told me he didn’t think I had the passion to [start a roasting business],” says Millman. “And then he let me go.”

And just like that, Millman was without a job, without a start-up coffee company to pour his energy into, and allegedly, without passion. 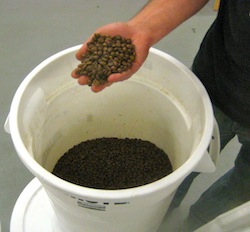 It was during his teenage years when Millman discovered he had a burgeoning passion for all things coffee. He was a high school student in Northbrook, Ill. and Starbucks was just starting to plant its flags in the Midwest. A Starbucks opened in Glenview and Millman quickly got a job there as a barista. It was his first introduction to the idea that coffee could be more than just Folgers crystals.

“I loved it immediately. I loved making drinks and being behind the bar,” says Millman. He’d tell his friends to come to the Starbucks he worked at so they could check out his latte-making skills. Even though he admits he hardly drank coffee before working there, once he was a Starbucks employee, Millman became a total coffee nerd.

Upon graduating high school, Millman moved out West and attended Colorado State University. After earning his degree there, he headed to San Diego, where he managed cafes (and competed in latte art competitions), serviced espresso machines, taught yoga, and helped manage DJ Miles Maeda. Millman loved house music, loved yoga, but above all, loved the coffee business, even when the business wasn’t showing him much love.

When Millman returned to Chicago from the West Coast and found out he wouldn’t be working with Holt and Caffe Calabria, he contemplated going into a new line of work. “I tried multiple times to get out of the coffee business,” confesses Millman. “But I knew that I loved coffee, and I loved talking to people about it. I had to stop fighting it and just surrender to it. There’s so many different facets of the coffee business that I love.”

So Millman started over and began working for Casteel Coffee in Evanston. After spending a little over four years with Casteel, he decided he was ready take another shot at starting his own coffee company. The stakes were even higher this time around, as Millman was now married and on the cusp of starting a family. Not to mention, the economy was about as attractive as soggy, used coffee grounds.

“My wife and I had tons of conversations about [starting Passion House],” admits Millman. “But we just felt like, ‘if I didn’t try now, I would never do it.’” 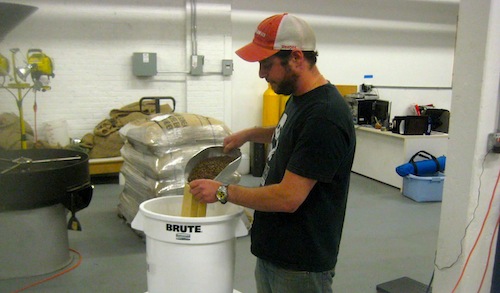 In mid April of 2011, Passion House was officially open for business. And on the same day Millman got his inaugural order from a customer, he was also receiving some even greater news. 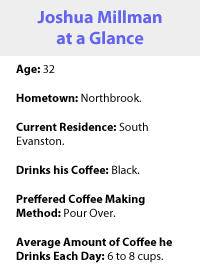 “I got my first order for Passion House the day my daughter was born,” Millman proudly states. “I left the hospital, packaged up the order, and then went back to hospital.”

While that day was probably Millman’s best of 2011, it was a couple months earlier when he had one of the more surprising days of his year. Two months before Passion House officially launched, Arne Holt called Millman. It was the first significant conversation the two had since their abrupt business split.

“He called me up and apologized for the way that things went down,” says Millman.

What went down about five years ago was this: another employee working for Caffe Calabrio filled the Holt’s ears with rumors about Millman, rumors that resulted in him cutting ties with Millman. While it took Holt some years to figure out that he’d been duped by the other employee (who was fired because of spreading rumors), he was quick to admit his mistake to Millman. Holt even gave Millman some pointers on running his business. Millman accepted the apology and called Holt’s business advice “great.”

Great advice is nice and all, but let’s be honest: the best thing Holt gave Millman was the name and story behind Passion House. Make no mistake, the name of Millman’s company is a “fuck you” to his old business partners. Sure, the actual bad feelings for Caffe Calabria evaporated with Holt’s apology. But thankfully it came long after Passion House’s business papers, trademarks, etc. had been filed. The company name wasn’t going anywhere. Which is a very good thing, because the story of how Passion House got its name is like the “Sweet Home Alabama” of coffee tales. 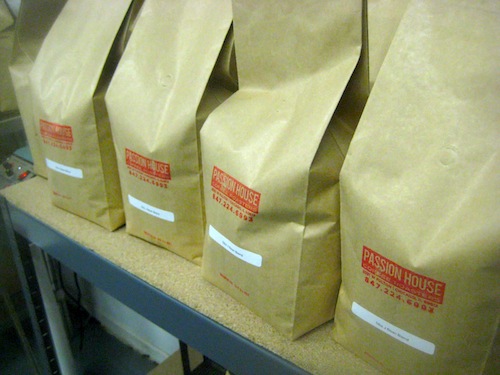 These days you Millman is usually at Passion House HQ, set in The Industrial Council of Nearwest Chicago’s small-business incubator building in the Kinzie Corridor on Fulton St. just west of Damen Ave. His office, which is basically a warehouse unit, is where he roasts, tastes and packages all his coffee. The space is intentionally sparse — he’s trying to keep overhead as low as possible — but that doesn’t stop him from hosting open houses there, where people can taste his various brews and learn about coffee.

“My goal is to make coffee in an inviting arena,” says Millman. “I love talking about and teaching about coffee. It’s an amazing global product.”

As for the actual product, Millman tries to “bring out the sweetness from the coffee” and create blends that are fruity and flavorful. Flavor good enough that people won’t need to add cream or sweeteners. “A lot people drink the coffee, and say, ‘this is good, I don’t even need to put cream in it,’” explains Millman. “When I first started hearing that, I didn’t think too much of it, but then I heard it again, and again. I was like, ‘this should be my motto.’”

For the record, it’s not the company’s motto. At least not officially. He’ll let people come to their own conclusions about his coffee. So far a variety of respected cafes have started carrying his roasts, which speaks louder than any motto could. Passion House has found a home in numerous places, including Sweet Cakes in Ukrainian Village, Alliance Bakery in Wicker Park, Morgan Street Cafe in the West Loop, Lincoln Perk in Lincoln Park, City Provisions in Ravenswood, Blind Faith Cafe in Evanston, and Cocoa Bean in Geneva.

While getting Passion House in front of coffee drinkers at various Chicago area cafes is Millman’s current goal, his ultimate goal is to open his own coffee shop in the city and have all his operations under one roof. He’s got the connections, he’s got the java and he’s working on the capital. And for any potential investors reading this, he’s got as much passion as he has coffee beans.

Passion House Coffee is located at 2021 W. Fulton St. in the Kinzie Corridor. Check out its website , Facebook page or Twitter feed to find out about upcoming open houses and event where you can taste Passion House coffee. You can buy Passion House online, at the Passion House warehouse, or at local coffee retailers.