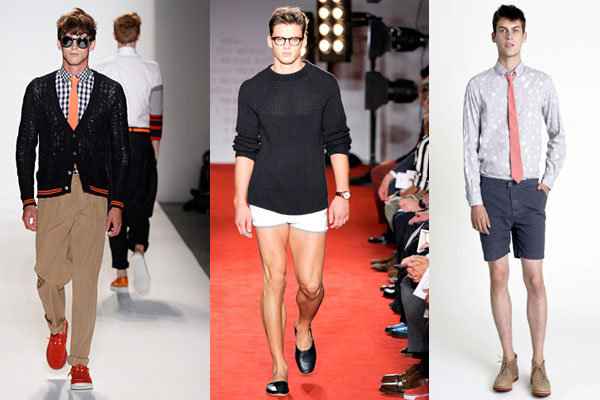 Preppy looks and short-shorts were two frequently seen styles at NYFW. Guess which one we'll be wearing this spring. 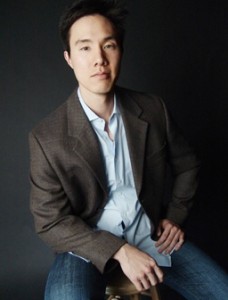 Chicagoan  MC Kato has been making a name for himself in the music industry by creating an eclectic sound that combines his love for hip-hop and his classical music background. He’s performed at SXSW, opened for major Hip-Hip acts like KRS One, and frequently finds himself on the guest list for major events. This year he was invited to New York’s Fashion Week (NYFW), and was privy to many runway shows displaying the upcoming trends in spring 2012 fashion. Kato offered to be Man Up Chicago’s correspondent for the show, and he answered some questions about his favorite designs from NYFW 2011. In the upcoming week, we’ll have another article from him about his behind-the-scenes experience at NYFW. And to learn more about MC Kato and his music, visit his website, Facebook page, or follow him on Twitter.

Man Up Chicago: What’s something you really liked but could never see yourself wearing?
MC Kato:There were many spring coats that were really out there. Larger collars, strange colors and fabrics, and unusual designs all looked really cool but you would have to want to draw attention to yourself if you wore it. Many of those I liked for their creativity but wouldn’t actually wear.

MUCh: What’s a trend you didn’t like at all?
Kato: Some off-site shows had swim wear and they are really pushing the Speedo look. I’d have to say I wasn’t alone but the whole crowd lost interest when those came out. I know when I go to the beach there is always that one European guy who is sporting one but I don’t care to be “that guy.”

MUCh: Double-breasted suits have been extremely popular on the runway as of late. Did you see many of those, and if so, did you like them more than the single-breasted suits you saw?
Kato: I was expecting to see a lot but I’d say I saw more single-breasted jackets than double-breasted. There were still a significant number of double-breasted but being more of a spring line the jackets were on the casual wear side. I did like the casual double, it actually works well and I think we might start seeing that more often. I also saw many jackets with no shirt. I’m not sure if that will take off but it was interesting to see.

MUCh: A blue blazer is a spring wardrobe staple for many, but did any other spring blazers with interesting colors catch your eye?
Kato: I didn’t see many blue in the off-site shows but in the on-site shows, VLOV had some great blue blazers. Other on-site had some teal matched with orange blazers which I didn’t care for the color scheme.  VLOV’s blazer used multiple types of fabrics – all unique or infrequent in blazers with asymmetric cuts. It was extra swag.

MUCh: Out of all the runway collections you saw, who had the one you liked most and why?
Kato: I give it to VLOV. The reason is men’s wear is difficult to be unique and experimental without it getting weird. Qing Qing Wu (the designer behind VLOV) did a great job using new fabrics and designs with the experimental portions being truly innovative as if he saw men’s clothing in a different light. A few of the pieces I couldn’t help but think ‘1984’ because of the fabric which I want to say was nylon.

MUCh: What designer or label had clothing guys in Chicago would actually wear it?
Kato: General Idea had some boat style fashion that I think would trend well in Chicago given its growing popularity. Light sweaters and Hampton’s type short shorts seemed really preppy and classy – something I think we’re moving towards in Chicago. Most of the off-site shows had very strange fabrics with hanging textures and lots of sheer – which on the models make a statement but are not practical to real life.

MUCh: A good-looking and versatile pair of sneakers are key for the spring and summer. What was the favorite pair of spring kicks that you saw?
Kato: General Idea had these low cut boots with teeth soles that had a killer vintage look. I’m honestly going to be looking to buy a pair and lead the trend for Chicagoans. 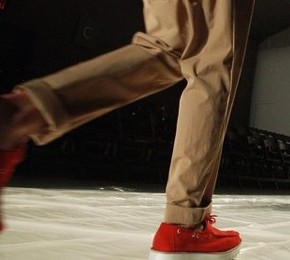 MUCh: Which runway show had the best music?
Kato: I’d say Stevie Boi had the best music. He used a soulful track that juxtaposed his hard cutting, spike driven style which you know well from Lady Gaga (who constantly wears his shades). If you’ve seen them you know they invoke a shock of sorts immediately, but the tracks help bring out the soul in the underlying design. I personally don’t care for the electro European tracks that most runways use. I feel like they lack design and creativity and all start sounding like elevator music on speed. But I’m a bit of a music snob and I’m sure most of the audience just gets the energy from the pulsating beat of the music – so mission accomplished.

MUCh: What’s a look you saw that you would have never thought of, but now want to wear?
Kato: Stevie Boi glasses.They were always too out there for me but after seeing the whole line and how it pairs with many different styles of dress – I’m gonna pick up a pair.

MUCh: Men wearing lots of layered bracelets is something we see on plenty of fashion websites. Did you see this look and if so, do you like it?
Kato: I didn’t see it on the runways so much as I saw it on the people. It is high fashion everywhere and I did see a lot of bracelets and those types of accessories on people attending. 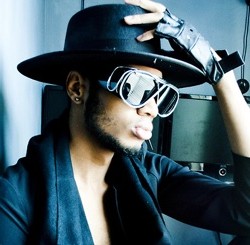 MUCh: What accessory or accessories did you like the most?
Kato: Steve Boi Shades. Seriously had people from drag queens to movie stars talking about it.

MUCh: From everything you saw, what do you think is the one must-have men’s item for this coming spring?
Kato: I think the boat shoe trend is moving forward and adding the preppy spring yacht jacket.