A Q&A with Caleb Gardner, Founder of FWD: A Conversation About Men

Talking about real issues with other men: it's not as intimidating as it looks.

Last October, a group of Chicago men gathered in the basement of Johnny O’Hagans in Lakeview. They weren’t there to watch sports, or play shuffle board, or gawk at women. They just sat around a couple tables and talked about life — raising kids, finding a work-life balance, maturing. The sort of topics that probably go ignored during most trips to the bar; the sort of topics that are easier to write about in a journal than they are to discuss with others. This is not a revelation, but it’s something many men need to be reminded of: talk is healthy. At least talking about things that truly effect one’s life. 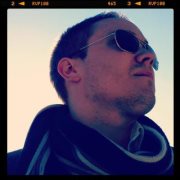 Caleb Gardner, founder of FWD: A Conversation About Men

The catalyst for the October men’s meetup, called FWD: A Conversation About Men, was Caleb Gardner. You might know Gardner from his website, The Exceptional Man, or perhaps from his very active Twitter feed.

With the second FWD event happening next week on Wed., Dec. 7, we decided to catch up with Gardner and to talk to him about creating FWD, and what he learned from the first meetup.

Man Up Chicago: How long did you have the idea to create FWD? Was there a particular moment, or moments, when you decided the idea needed to come to fruition?

Caleb Gardner: I had the idea for FWD, in one form or another, for almost a year. I kept thinking, “Man, someone should do that.” So eventually I decided to do it. The catalyst I think was the fall TV lineup, which insults guys at almost every turn. (See How to Be a Gentleman or Last Man Standing.) I knew there were other guys out there that didn’t fit these kinds of stereotypes.

MUCh: Why do you think its important for men to work together and talk about men’s issues together, instead of just taking the isolationist approach and trying to be the best individuals they can be?
CG: Men used to have vibrant centers of community, like barbershops, where they could have these kinds of conversations. Now we don’t have a lot of contact with other guys unless we’re really intentional about it. I wanted to give guys an excuse to be intentional. Plus, I think the isolationist approach can make you feel just that: isolated. And you start thinking that you’re unique from every guy on the planet because you don’t look like the guys in the media.

The logo for FWD: A Conversation About Men

MUCh: Looking back on the first FWD Men event, was there anything that surprised you about the direction of the conversation?
CG: I was surprised by how deep it went so quickly. Guys were very eager to put it all out there. I think they were looking for someone to say “that was OK,” and hopefully they found that place and were able to connect with other guys who thought the same way.

MUCh: Do you have any goals for making this bigger, or in more places?
CG: I have dreams of it becoming bigger and us really making an impact on the conversation about men. If it grows large enough, I could definitely see it splitting off into multiple locations (or even multiple cities). But right now, I’m just content to get a small group of smart Chicago guys together for a great conversation and see where it goes.
MUCh:Finally, for someone who is on the fence about coming to a FWD event, what would you say to convince them to attend?
CG: I would tell them that there really are no expectations about who you’re supposed to be or what you’re supposed to say. We’re intentionally a casual, mostly social gathering. Plus it’s a great place to meet some of the most forward-thinking guys in Chicago.