Haven’t shopped at Eddie Bauer since the heyday of Grunge? Us neither. But we found three good, non-flannel reasons to return to the immortal outdoor clothier. 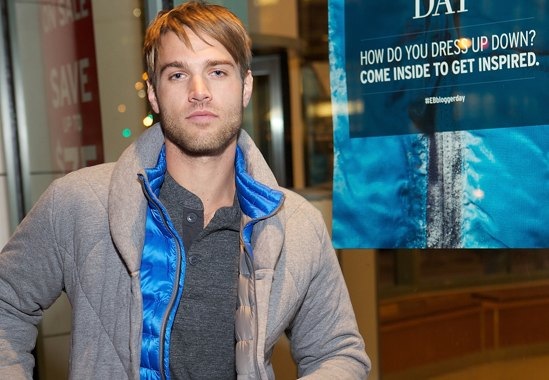 You're going to look rugged wearing Eddie Bauer. The store's new line of clothes make sure you look stylish too. Also, it doesn't hurt to look like a model.

As every designer and their assistant started making luxury workwear and outdoorsmen garb during the last few years, and as every other male in an urban setting grew a beard and started a Jack Kerouac inspired blog, we waited for Eddie Bauer to become the go-to store for dudes who wanted the refined rugged look, but didn’t have the money for Adam Kimmel, Billy Reid, or Woolrich Woolen Mills.

It didn’t seem to happen — with some Mickey Drexler magic, longtime prep slinging J Crew became that go-to place — but this is not to say Eddie Bauer didn’t get the message. We visited their mega Michigan Ave. store recently during Eddie Bauer’s “blogger day,” and were impressed with some of its latest offerings. New fashion director Nathan Laffin became the 91-year-old outfitters creative director in May of 2010, and this year he’s helped usher in updated looks on some EB’s classic lines. While at the blogger event we got to dress a model in some of Eddie Bauers newest looks. Here are some of our favorite pieces that we played dress up with. 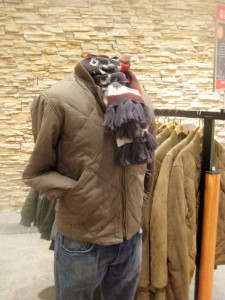 The 1936 Skyliner Jacket in Twill: It’s a recreation of their classic jacket from 1936, replete with the brand’s iconic diamond quilt. It says on the Eddie Bauer website that the company’s namesake created the jacket after going on “dangerously cold fishing trip.” We don’t recommend fishing in Chicago, but we do recommend wearing this coat during dangerously cold waits outside of Hot Dougs.

Canadian Downlight Vest in Lapis: Not just for raking leavings! It can go under suit jackets or top coats. The bright blue is great for standing out amongst the gray-clad masses during the winter. It’s not so great for remaining inconspicuous while you take long lunches near your office.

Quilted Cardigan: When you visit your parents during the holidays, and they’re saving money by cutting heat costs and keeping the house at a balmy 61 degrees, this cardigan will come in handy. We also like it for weekends. Presumably, your significant other will commandeer it and make it her “comfortable thing she puts on in the morning and before bed.” This is (potentially) a good thing. 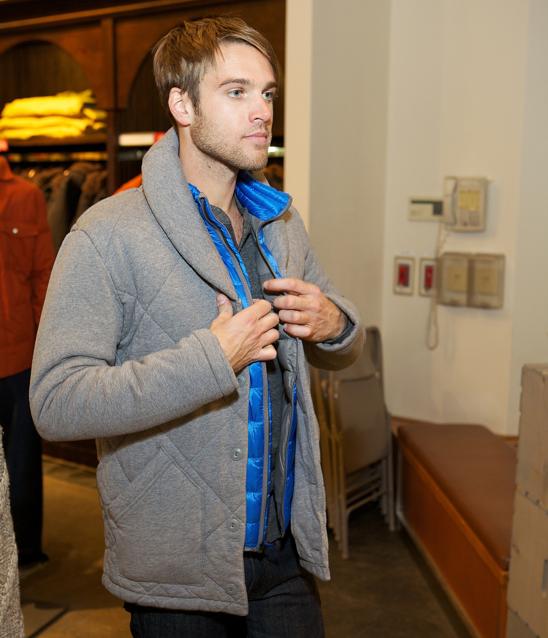