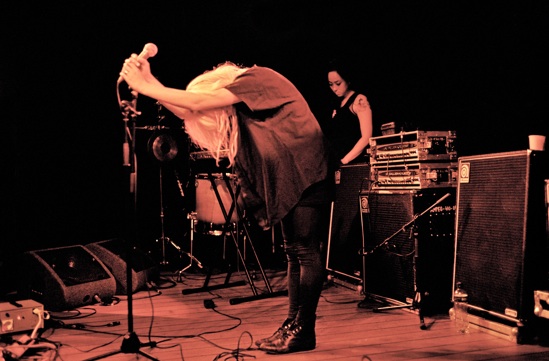 Zola Jesus. Music that will haunt your dreams in the best possible way. Photo by MarcKrause.com

Who knows what’s really going on in the forests of Wisconsin — we sure as hell aren’t taking a Duck ride through the Dells to find out — but if musical acts like Bon Iver and Zola Jesus keep crawling out of their cabins to release music that makes our vertebrae tingle, Pitchfork might need to bestow a 10-star rating on the entire ‘Sconsin woodlands. 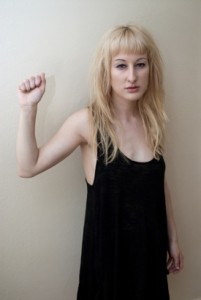 From the woods of Wisconsin to the depths of your heart: Zola Jesus' Nika Roza Danilova. Photo by Indra Dunis

The siren of the Badger state’s cabin kingdom is undoubtedly the aforementioned Zola Jesus, who are playing the Empty Bottle on April 15. Zola Jesus basically begins and ends with Nika Roza Danilova. Her booming voice sounds intimidating, alluring and desperate, and the gothic synth that accompanies it is ominous. So why is this sexy? Easy, beause Zola Jesus’ music climaxes like volcano. The group is sometimes linked to the stark and sexy minimalist rockers the xx, but Danilova’s booming voice is really the anthesis of the xx’s Romy Madley Croft’s voice, which sounds like amplified whispers. The sparse xx are like finger tips barely grazing a lover’s skin; the colossal Zola Jesus is a hand grasping an inner thigh. Of course, this doesn’t excuse porno PDA at their concert. Keep it in the bedroom pervert. Regardless, definitely check out Zola Jesus at the Empty Bottle on April 15th. Tickets are $10, and last we checked, that’s about $20 cheaper than the mood-inducing lube KY sells. Scroll all the way down to hear Zola Jesus’ song “Night.”

If you prefer gritty, bad-ass music to boink to, then we suggest acquainting yourself with The Kills, who play at the Vic on May 4. The group consists of vocalist Alison Mosshart — the kind of leather-clad, just-crawled-out-of-bed sexy chick you think you’ll meet at Delilah’s but never do — and guitarist Jamie Hince, a.k.a. Kate Moss’ fiance.

Alison Mosshart of The Kills. A punky pinup girl who is sick of social graces.

We’re pretty sure all their tracks are about sex followed by long cigarette drags, but if you want to think their song “Hook and Line” is about reeling in rainbow trout, that’s cool too. Tickets for The Kills’ May 4 show at the Vic are about $32 (after a slew of service charges), perhaps a little pricey, but hey, Kate Moss’ man needs money to take his girl out to dinner too, even if she’s not big on eating. Download their new track “DNA” for free at TheKills.tv

TWO MORE CONCERTS (BUT NO SEXY SEX HERE)
1. The upcoming Foster the People show at Schuba’s is totally sold out, and this time next year you’ll absolutely resent the group after hearing their song “Pumped Up Kicks” played in an infinite amount of popular commercials. Until then, listen to “Pumped Up Kicks” — definitely this summer’s indie jam — and try to find someone with an extra ticket to the Foster the People show.

2. Want to listen to what indie-music bloggers have been raving about for like six months? Want to feel superior to all your wannabe-down-with-indie-rock friends? Then get ready to purchase tickets to see James Blake, who’ll be playing at Lincoln Hall on May 15 (his first ever show in Chicago). Tickets go on sale this Friday at noon, so set your alarm for 11:45 AM slacker. Depending on your perspective, Blake is either a brilliant artist whose electronic sound and soft-spoken lyrics are minimal and profound, or he’s reformed dub-step DJ who sounds like he’s mourning the premature death of his cat. Check him out and get back to us. Until then, listen to something with a little more oomph: