Bon Iver at the Chicago Theatre: A Cautionary Tale 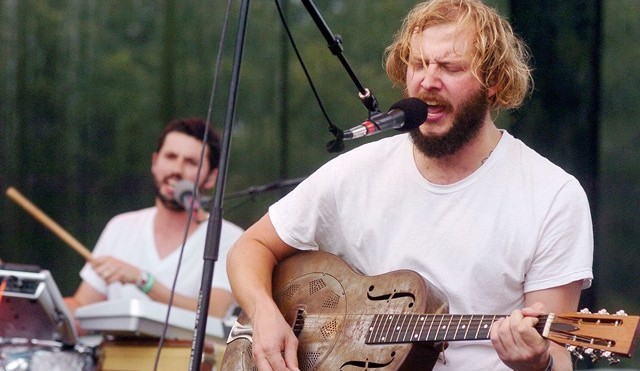 In 2007, Bon Iver released a haunting and beautiful debut album called “For Emma, Forever Ago.” It propelled the group’s song writer and lead singer, Justin Vernon, into indie stardom. The story of album’s creation — it came about when Vernon secluded himself in a Wisconsin cabin for three months — was widely discussed as well, and seemed to as integral to “For Emma” as the actual music. The album was praised by critics and even caught the attention of Kanye West, who had Vernon lend his vocals and music samples to songs on “My Beautiful Dark Twisted Fantasy.”

When Bon Iver comes to the Chicago Theatre this July, they’ll be promoting a brand new album (which comes out in June), but we doubt they’ll be bringing West along. Which is a shame, because tickets to this concert cost nearly $50 after surcharges and taxes, and as much as we like Bon Iver, we can’t recommend anyone spending that kind of money to see just them.

Back in 2009, we watched them perform in the rain at Lollapalooza. They hit all the right notes, sounded as crisp as one could hope for and yet, they elicited zero energy from the crowd. We’d blame the crowd, but it wasn’t their fault. The great thing about Bon Iver’s music is that it’s reserved and reflective, and the moments when emotions come to a boil are fleeting, as they should be. The songs on “For Emma” are cathartic, but they’re sung by a man who is too defeated to loudly purge for more than a few seconds.

This makes for a terrific album but a rather boring performance for a concert festival. We’ve seen many bands whose live shows are louder and more aggressive than their music would suggest — Fleet Foxes, Radiohead, The National and Okkervil River all come to mind — but we can’t put Bon Iver into that category. The Chicago Theatre is a more appropriate venue for them than a huge outdoor festival, but still, the theater is a bit too big for their music. Schuba’s is the type of place Bon Iver was meant to play in, but the group is clearly too popular to perform in such a small space. This is the conundrum with the group: their sound is meant for intimate rooms, but their fanbase is too big for small spaces. Which is why we recommend listening to Bon Iver in a cozy room with the lights turned low, as we imagine that’s how many of the songs were recorded. If you really want to spend $50 to see them perform in Chicago, we won’t devote anymore text to dissuade you. But if you see them and feel underwhelmed, don’t say we didn’t warn you.