Road Warriors: With a New EP in Hand, Blah Blah Blah Prepares to Test its Mettle Away from Home 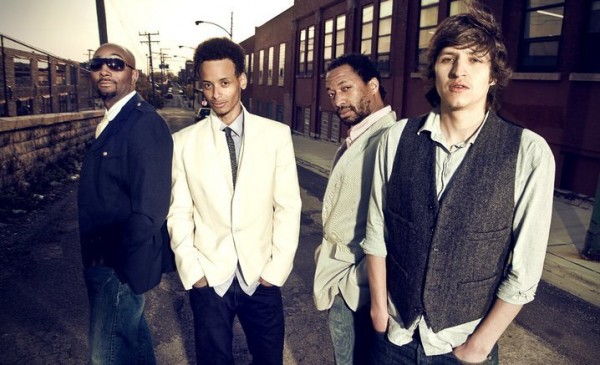 “A prophet is without honor in his hometown,” proclaims Solomon David. Despite his use of the aforementioned, paraphrased line from the Bible, David is neither a prophet nor a preacher. He’s the lead singer of the Chicago band Blah Blah Blah, and he’s eloquently explaining to us why he’s so eager to tour outside of Chicago. This fall he should get his chance to find honor on the road, as Blah Blah Blah — or as we call them, the Blah’s — is planning on performing in venues on the East and West Coast’s of the U.S. After toiling in the Chicago music scene for the last three years, it’ll be an important step toward going from just a good Chicago band, to a good band that just happens to be from Chicago. “There are so many people here, and Chicago is a great city, but there’s also a big world out there,” says David on his desire to introduce the Blah’s music to a national audience.

If a national audience catches on, they’ll be introduced to a sound the group describes as “ballroom rock.” The Smiths is who they are often compared to, although Drummer Dario Arcos also mentions Broken Social Scene as a big influence (and yes, we could totally hear them covering “Lovers Spit” to a tee). The Blah’s guitar riffs are precise and subdued, the bass riffs are moody and measured, and the synthesizer beats are sonic but slightly distant. If you desperately need a familiar music genre to catalog them in, then dream pop comes to mind. 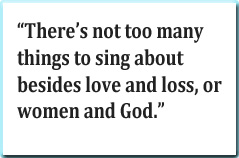 But until last year, David said many of their recordings had a “demo quality” to them. Before visions of grand tours could happen, the Blah’s needed to perfect their sound, or at least, perfect recordings of it. So the day after last Christmas, the Blah’s got serious about making a proper-sounding album. They enlisted Matt Walker to produce an EP that captured the fullness of their sound. Walker, a former drummer for the Smashing Pumpkins and currently a drummer for Morrissey, provided the Blah’s with musical guidance and was responsible for convincing the group to put the track “Soon as I get Home Tonight” on the EP. “He thought the song had more potential than the original recording allowed for,” says David. “So we re-recorded it, and I think it was one of the better moves I’ve done in my life.”

Another move they made to improve their sound quality was to record all their songs on 2-inch tape instead of recording digitally. It’s a difference perhaps only hardcore audiophiles would pick up on, but members of the Blah’s loved the warmth the tape added to their music. “Tape is like a canvas,” notes Blah’s guitarist and keyboardist Phillip Ferguson. “It has a very physical quality that catches [music] live and direct.” 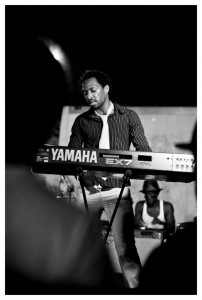 After six days of working with Walker and recording on old-school, 2-inch tape, the Blah’s finished the initial work for their EP on New Years Eve of last year. On August 23, 2011, they were finally ready to unveil it. They titled the EP Thank You Thank You. And with fall approaching, the timing of the release seems right. No disrespect to the band, but their aren’t any summer jams on Thank You Thank You. The music, combined with David’s romantic yet haunting falsetto, feels like a fall evening where you traipse past leaves in Welles Park, especially on tracks “A Game We Play” and “They Don’t Dance.” In “Why am I the Only One Laughing” David’s voice goes from distant and hiding to dominant but still downtrodden. The songs could easily give way to over-dramatic vocals, but David is always careful to only sprinkle his songs with emotions. When asked what his songs are about, David simply discloses, “There’s not too many things to sing about besides love and loss, or women and God.”

Like most song writers, he isn’t concerned about how people interpret his lyrics. He’s just concerned about people hearing them. After spending several years performing in Chicago, he and the rest of the group understand how important it is to play their new music for fresh sets of ears in new locales. “When you get out [of your hometown] and start doing something you create a great energy, and when you come back to your hometown, people notice something is slightly different about you,” says David.

With a new EP and a polished sound, it’s clear something is already different with the Blah’s. It won’t go unnoticed by their Chicago fans. And if things go to plan, it’ll be appreciated by many new fans in the coming months.

The Blah Blah Blah’s new EP, titled Thank You Thank You, is available on their website, on  iTunes, other online music stores, and in store at Reckless Records. Tickets for their upcoming show at the Double Door can be purchased here. Also, check out the group’s video for “Why am I the Only One Laughing?” below.