Morning Glory: Affordable Ties Worn at the Globes, Wikipedia Turns Off the Lights 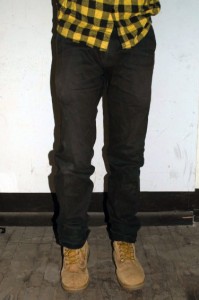 Pants made by Chicago's Domestic Workwear. You can check them out at the company's launch party tomorrow.

Editor’s Note: For 2012 we’re starting something a little new, at least, new for Man Up Chicago. During most weekday mornings, we’ll feature a few links of things we like on the Internet. We’ll try to have a few national things and a few local things. A few things from independent sites, and a few things from mainstream media sites (that includes you Chicago Reader). We call our morning link roundup the Man Up Chicago Morning Glory.